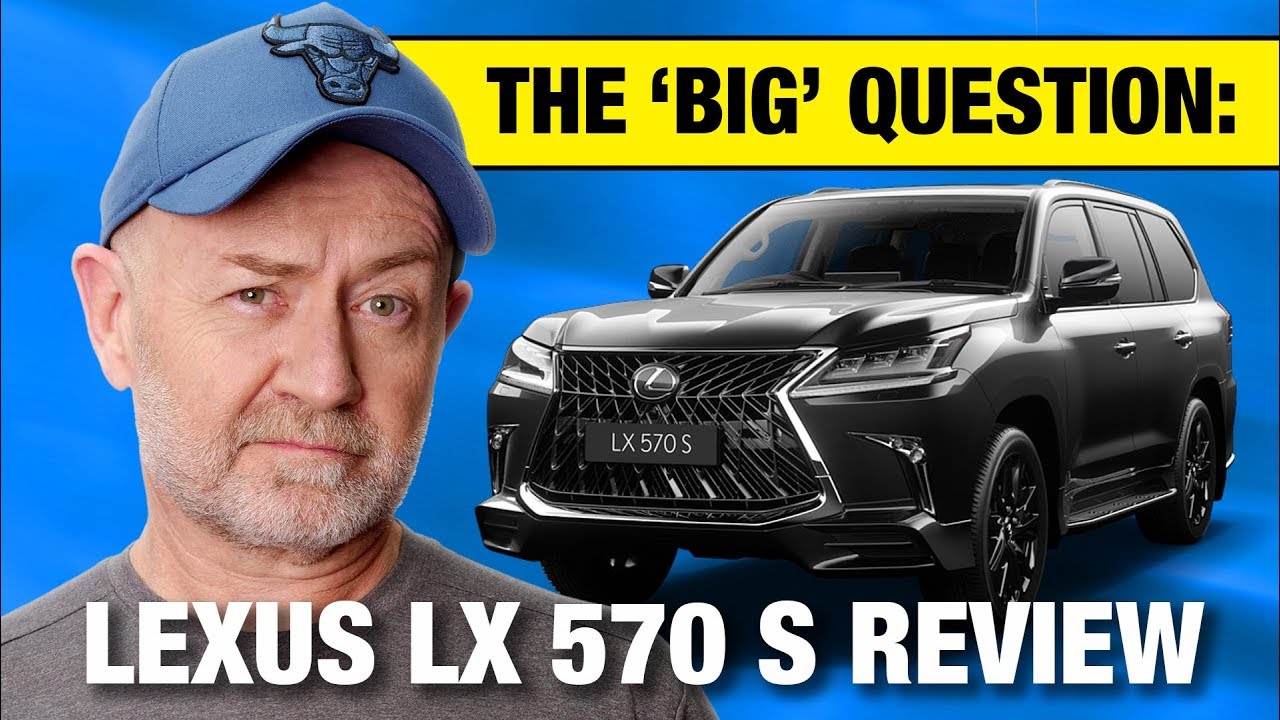 Save thousands on any new car (Australia only):

I’d rather have this than a Range Rover. Don’t get me wrong; I love the sophisticated elegance of the Rangie, but I’d detest its penchant for breaking down once a fortnight, and the ‘we’ll think about it’ attitude to restoration that’s part of the deal with that mob in the service department.

Lexus is the opposite. I don’t think we’ll accuse this vehicle of being elegant. But I’m pretty sure it’s bulletproof, and the support is right up there. I never get complaints from Lexus owners.

Standard LX 570: about $155,000 in the traffic. That’s roughly $30 grand more than a 200 Series Sahara. Obviously the bigger, fatter V8 is a substantial part of that equation, but there’s a massive spike in comfort as well.

There’s four-zone climate control, the centre console is virtually a refrigerator, DVD in the back for ‘shut up’ factor. 19 speaker premium sound system

It just goes really well. Just over 100 watts per kilo – so yeah, it’s a big, heavy, hulking thing, but it’ll out-accelerate a CX-5 Akera with the new 2.5 turbo petrol engine. And it’s kinda line ball on power-to-weight with a Hyundai i30 N-Line or Kia Certato GT – both pretty sporty performers, and hardly slouches in a straight line.

Standard petrol Landcruiser 200 gets a 4.6-litre V8 with about 15 per cent less straight line performance. And of course this vehicle has a brilliant eight-speed auto, whereas the petrol V8 Sahara gets an adequate, but somewhat less smooth, six-speed.

In fact, I have real difficulty justifying the step – on an objective, economically rational basis. You get a better class of dead cow, heated wheel, alloy pedals, the big, fat wheels and the Kardashian-inspired body kit and grille. Seems expensive. But then I am a middle class working stiff. So what would I know about that? If you’re the kind of dude – or dudette – who demands the works burger, and you’ve got the cash: OK.

It would take – literally – a week to lay out all the standard features in the (not-so) poverty pack LX 570. This vehicle really does redefine the term ‘fully loaded’. It’s packed.

Probably quicker to list the things it lacks – like dynamic guidelines on the rear-view camera. On a $180k vehicle, that’s a bit limp. But the list of inadequacies – on a features basis – it’s pretty short.

There’s really no getting around the fact that this is a fully pimped hardcore off-roader with heavy tow capacity.

And that impacts the on-road dynamics. In the context of luxury it’s a bit harsh on small bumps – almost over-damped – and a bit wallowy over the bigger bumps. Despite that, it remains quite sure-footed – permanent all-wheel drive and a lockable Torsen centre diff for low-traction situations: Brilliant.

Interestingly – LX 570 has the same tow capacity and GVM as a Landcruiser Sahara. 3500kg for towing and 3350 on the GVM. And this thing weighs 2740 (kerb weight) so there’s notionally 610 kilos of payload capacity.

And there’s no way you could complain about the straight-line performance. It just eats hills and makes overtaking a breeze.

This is a refined, high-performance powertrain. I love driving it – I do wonder how many Piriuses Toyota has to sell to offset the CO2 from one LX570 – and certainly if you bury your right foot it has an immediate impact on the price of West Texas Intermediate – but if you’ve got $180k to spend on a conveyance, you really don’t care about the price of fuel. It’s a complete non-issue, to you.