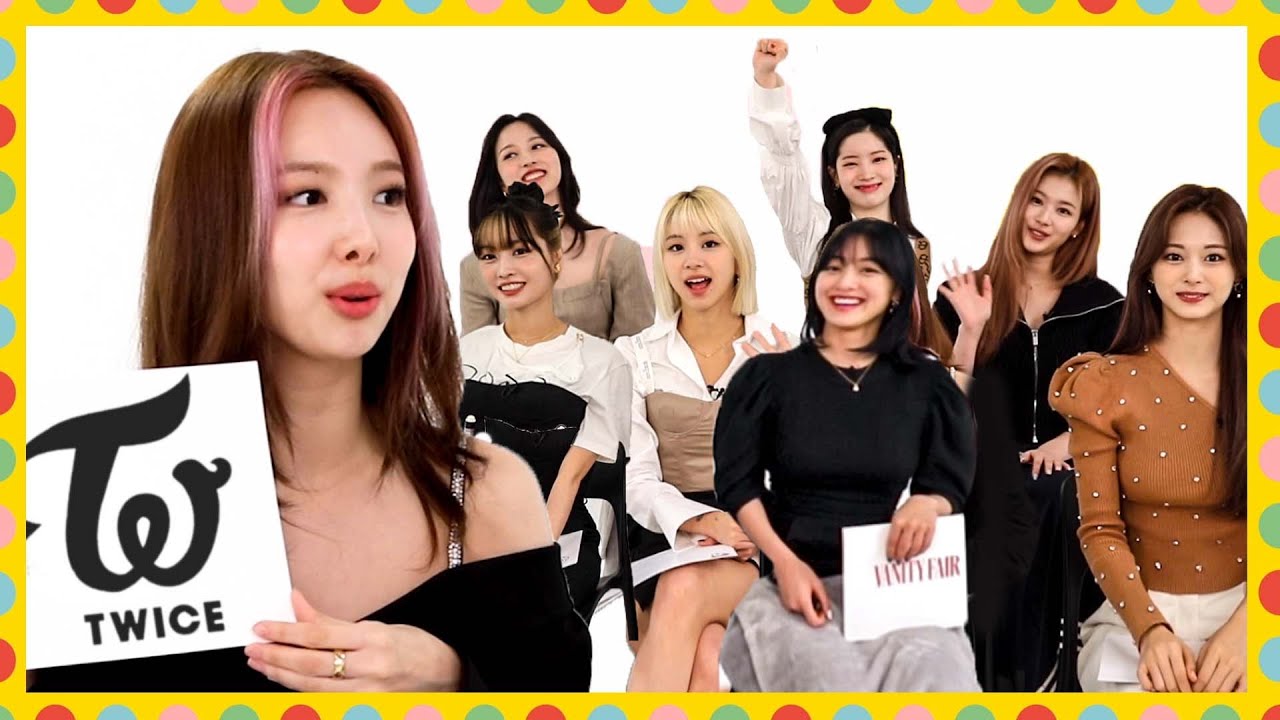 TWICE tests who knows one another best in Vanity Fair’s TWICE Game Show. They tour together, sing together, and eat together, but how much do they actually know about each other? What is something that always makes Momo laugh? Who would Chaeyoung love to collaborate with on a song? What is Nayeon’s least favorite song to perform? What is Tzuyu’s best feature? What is Jihyo’s guiltiest pleasure?

Want to stay in the know? Subscribe to Vanity Fair Magazine and be exquisitely informed ►►

How Well Does TWICE Know Each Other? | TWICE Game Show | Vanity Fair